Is My Wife In There?

I’m at the back of the shop working with a customer. Naturally. Just about as far from the phone as I can be while still being in the shop. I make my excuses and start moving toward the desk.

I’m rounding the corner now, moving past the Science Fiction and Horror sections, and I pick up the pace. I don’t like to run in here (me running isn’t a pretty sight, and I am not in great shape), but I know that I only get four rings before the call goes into the answering machine, and most folks hang up rather than leave a message.

Now I break into what passes for “sprinting” on my part. I fly past the vintage paperbacks (OK…”fly” is also a relative term), up past the cash register and get to the desk just as…

“This is the York Emporium.”

“Do you have romance novels in there?”

Suddenly I know how every bartender in the world feels when they get a call from someone's wife.

“Well, uh, she may have been. Can you describe her?”

This is a bit of a dilemma. On the one hand, I don't want to be caught in a lie. On the other hand, it certainly wouldn't be stellar customer service to be the cause of a customer (a paying customer, I might add) catching the ire of a husband. As a general rule, I try to stay on the good side of husbands. So.....I vamp.

“Well, yes she was here. And I've got to say that she really felt good about herself, sir. She bought a couple of books, but they are on sale this week and she saved about 35%. She only spent about 6-bucks. She said her husband would be proud of her because that was a lot less than she had spent last time and that she was going to bring him in before the end of the sale.”

Maybe I should start asking folks if they need me to supply alibis. This could be a new profit center.
Posted by Jim Lewin at 7:36 PM 33 comments: Links to this post

Horrible Saturday, for the love of pathos 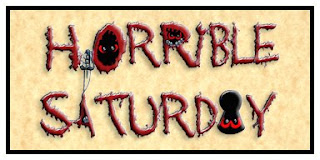 This coming weekend we’re hosting “Horrible Saturday”. It is to be a day-long celebration of the horror genre, and it will include author appearances and book signings (makes sense for a book shop), movie screenings, presentations and, of course, the Screaming Contest.

It really isn’t a convention, at least in the contemporary sense of the term. I don’t think we will have too many people in costume (although, having said that, I do know of at least one guy who is coming as the Grim Reaper) and we won’t be printing up special T-shirts of anything like that. It is simply a gathering of like-minded folks to enjoy each other’s company and, if we’re lucky, to scare the bejezus out of each other.

I am always struck, when I start putting one of these things together, by the range and depth of individual activities that we can schedule.

We have two local (Central PA) authors coming, for example. One of them, J.F. Gonzalez, is a true “up and comer” in the genre. Last year he made the decision to quit his day job and devote himself full-time to his craft. He’s already published a number of books and he’s got another coming in July (bad timing, that…we won’t have copies in time for this weekend). The other, John Maclay, is considered a true expert in the field. He’s an author himself, but he’s also been a publisher, an editor and a critic. This is fairly big-time stuff.

We’ve also got a film historian-turned-author in Fred Wiebel. Fred is the guy who tracked down a copy of a “lost” film produced by The Edison Studios. In 1910, they 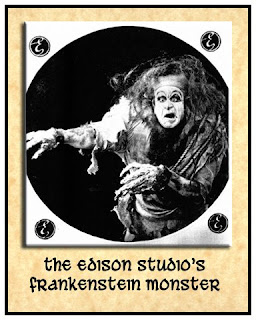 produced the first film based on Mary Shelly’s Frankenstein. Shot in glorious B&W, Fred has restored the film and put it on DVD. He’ll be telling the tale and showing the film.

Then there’s the Paranormal Activity Research Association. Ghost hunters. From York, no less. They’ve just completed a series of investigations into reported activities taking place in some of the historic sites in York County. And they’ve got photos and audio recordings.

And Kent Courtney, who is almost becoming a regular here, will become Edgar Allen Poe for the day, with readings and a discussion of the writer’s life.

Now, none of these folks will be making any money off this. Yeah, they may sell a book or two, but that would hardly be enough to fairly compensate them for their time. They’re really coming to make their presentations for the sheer joy of it. They love this stuff. They like talking about it. They like sharing it.

They’re planning to have a good time.

And so it is with every “genre” day we do here. We’ve already had our annual “Butternut and Blue” (Civil War) day. Later this summer, we’ve got “Sci-Fi Saturday” (August 15). And in the fall, our “Celtic Autumnal”.

Every day features a line-up of 6, 8 or 20 guests. Nobody makes any real money. But everyone has a good time.

We listen to presentations. We play games. We watch movies and eat popcorn. This weekend, we shall even scream a bit (a contest, with braggin’ rights to the title of “Best Screamer in York County” caps the day).

And the neat part is that I really don’t have to go seek folks to come and make presentations. It is all very Zen-like: I am merely open to them, and they come to me.

From where I sit, “Horrible Saturday” doesn’t look all that horrible to me.
Posted by Jim Lewin at 3:38 PM 31 comments: Links to this post

This past weekend, my Dad and I celebrated the 100th anniversary of the King of Swing.
All weekend long we played Benny Goodman in the shop and, honestly, he never sounded better.

Benjamin David Goodman was born on May 30, 1909 in Chicago. He was the 9th of 12 children born to a poor family. His parents were recent emigrants to the United States from what is now Poland.

He picked up the clarinet when he was 10, and by the time he was 16 he was playing professionally around Chicago with a number of bands, most notably the Ben Pollack Orchestra. It was with Pollack that he made his first recordings in 1926. Just as the Great Depression was getting under way, he made his way to New York and started earning a reputation as a solid session player.

He worked in Broadway orchestras (for at least one show he shared the pit with Glenn Miller), in dance bands and recording under his own name and as a sideman for other bandleaders (here’s some trivia: he was one of Red Nichols’ Five Pennies).

In 1934, NBC was putting together a regularly scheduled three-hour music program called Let’s Dance. They were looking for 3 bands to fill each slot: a “sweet” band, a “dance” ba 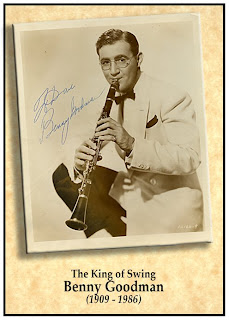 nd and a “hot” band. Benny put together a group, auditioned, and was selected as the “hot” band.

That was the good news. The bad news was that the program would air live, beginning at 9 PM. Benny’s “hot” band didn’t get on the air until 11; long after his target audience (high school kids) was in bed. The radio broadcast lasted just one year.

After the show was canceled, Benny took the band on the road, meeting with only modest success. Few outside the New York dance clubs had heard of him.

Until he got to the West Coast. The 11 PM slot in New York was an 8 PM slot in California and he was a hit. But he didn’t know that. When he got to his booking at The Palomar Ballroom in Los Angeles, his shows were booked to capacity (the ballroom could hold 4,000 dancing couples). It was a phenomenon. Unexpected. And unprecedented.

Newspapers across the country carried stories about this new craze. Hot music! Hot dancing (they called it “jitterbug”)!

Benny was an innovator. In addition to his Big Band, he had several smaller combos, including a quartet (Benny Goodman-Gene Krupa-Teddy Wilson-Lionel Hampton). To this day, in my opinion, no one was better when they played live.

His was also the first commercial band to mix white and black musicians on stage. That was a big deal in the 1930s. And long before Jackie Robinson broke the color barrier in big league sports.

My Dad and I didn’t agree on much musically. He liked Woody Herman (I thought he was OK, maybe) and Stan Kenton (I confess that I still don't get Stan Kenton). I rather liked Glenn Miller, and my Dad allowed that Glenn was certainly better than, say, anyone who played rock 'n roll.

But we did agree on all things Benny.

When I was a kid, every Sunday morning my Dad would put his Benny Goodman records on the stereo (the stereo that I wasn't allowed to touch, and the stereo that NEVER played my Beatles or Paul Revere and the Raiders records). That was my introduction to Swing. It actually was a pretty good introduction.

Still, my Dad and I had a pretty good time together this past weekend playing Benny Goodman CDs here in the shop. (And, yes, I did crank it up just a bit.) Thank you, Mr. Goodman, for all you gave to us. And thank you, Mr. Lewin, for introducing me to all things Benny.